We love a good upcycled Kickstarter and this doorbell phone is just genius. It’s a wireless doorbell mechanism that turns an old rotary phone into a doorbell. The rotary phone rings when someone presses on your doorbell! Read on to find out how this fun upcycle works. 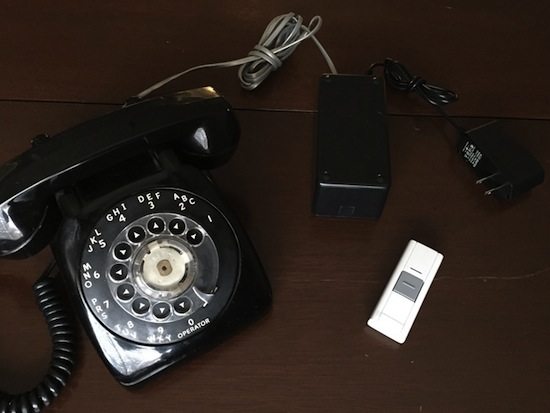 The basic package consists of: We love the creative concept behind this Kickstarter project. We also think it’s a brilliant and functional reuse for rotary phones that are just too cool to part with. The doorbell phone breathes new life into old technology. Check out their Kickstarter video below.

The doorbell phone also has some cool features. For instance, you can take the phone off the hook if you don’t want to be disturbed!

Robomotive Labs have also thought of a solution if you have more than 1 door that needs a doorbell. The multi-button package will rings one rotary phone with 2 doorbell buttons. The first button will ring with a standard U.S. ringtone, and the second a standard U.K. ringtone. That way you’ll know which door the ring is coming from. How cool is that?!

The doorbell phone is a current Kickstarter project seeking funding. Be sure to check them out if you want to turn your old rotary phone into a doorbell!